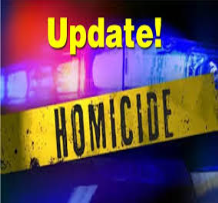 On July 23, 2022, Washington Parish Sheriff’s Office deputies responded to a report of a man who had been shot near the intersection of Sunny Hill Road and Highway 38 in the Mt. Hermon area. The investigation led to the arrest of 18 year-old Tyler Oatis and 20 year-old Jessica Mezquite.

“The short time span between the time of the murder and the initial arrest of Oatis is indicative of the hard work of our patrol deputies and detectives,” stated Sheriff Randy Seal. “Washington Parish is blessed to have such fine officers working daily, around the clock, to protect and serve all citizens. The men and women of our Sheriff’s Office provide faithful service to all of us and for that we are grateful.”