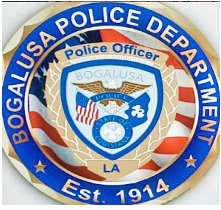 The Bogalusa Police Department reports this morning (August 2, 2022) that a 14 year-old male victim of a shooting has died. BPD detectives are working the death as a homicide and a result of a shooting on June 26, 2022 in the area of Main Street and Marshall Richardson Road.

When BPD responded to the area on Sunday, June 26, 2022 in reference to shots fired, they found no victims on the scene. Officers searched the area and located nine shell casings from a 9mm. BPD then received a call form Our Lady of the Angels Hospital, advising of a gunshot victim in the Emergency Room. Officers responded to the hospital and learned that a male victim, 14 years of age, had been brought to the Emergency Room with a gunshot wound to the neck. A passerby told officers that they saw the victim lying on the side of the roadway, stopped to check on him, and brought him to the hospital upon finding he was injured. The victim was in critical condition and was transported to a trauma center that night. He has been on life support since then. On Sunday (July 31, 2022) night, the victim was taken off of life support and died from his injury.

BPD reports that details on what happened that night are few, no witnesses to the shooting have come forward, and there is little evidence at this time. Detectives are asking if anyone knows anything about the shooting to please come forward. The Detective Division phone number is (985) 732-6238. Callers may remain anonymous.