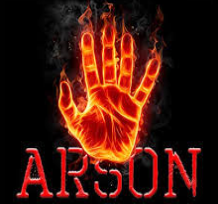 Brandy Juan, age 37 and of the Slidell area, has been arrested for arson and accused of setting her home on fire while her mother and her 4-month-old baby were inside.

At approximately 6:30 a.m. Sunday (July 10, 2022), St. Tammany Fire District 1 personnel were dispatched to a fire at a residence on Jay Street in the Ozone Woods area of Slidell. They extinguished the fire, which was contained primarily to the exterior of the structure.

A joint investigation between Fire District 1 and the St. Tammany Parish Sheriff’s Office determined the fire was intentionally set. Detectives with the STPSO Major Crimes Unit determined that Brandy Juan had set a fire at the home, where she lived, following an argument with her mother. Her mother and Juan’s 4-month-old-son were inside the residence at the time. Her mother was unharmed, but the infant sustained minor burns. Juan had left the residence prior to fire department personnel arriving.

On Monday (July 11, 2022), Brandy Juan was taken into custody and booked into the St. Tammany Parish Correctional Center on two counts of aggravated arson, one count of child desertion and one count of cruelty to a juvenile.

“Thankfully the mother was uninjured, and the baby only sustained minor injuries, but this could have turned out much worse,” Sheriff Randy Smith said. “Thank you to the personnel with Fire District 1 who not only quickly extinguished this blaze but also worked with our detectives to determine the individual responsible.”