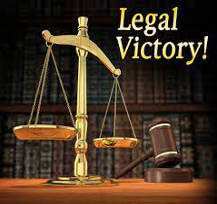 BATON ROUGE, LA – In another legal victory for Louisiana Attorney General Jeff Landry over President Joe Biden – a federal judge in the U.S. District Court for the Eastern District of Tennessee has enjoined the Biden Administration from enforcing new, expansive, and unlawful guidance on federal antidiscrimination laws.

The legal action comes after Attorney General Landry joined his colleagues from 19 other states in suing to stop Biden’s Department of Education and the Equal Employment Opportunity Commission from their attempts to force schools to allow males to compete on girls’ sports teams, to prohibit sex-separated showers and locker rooms, and to compel individuals to use biologically inaccurate preferred pronouns.

“I am proud to have helped thwart yet another of Joe Biden’s radical overreaches,” said Attorney General Landry. “Redefining sex is Biden’s latest attempt to force states to comply with his woke agenda; fortunately, the court agreed with us and the rule of law.”

“The District Court rightly recognized the federal government put Tennessee and other states in an impossible situation: choose between the threat of legal consequences including the withholding of federal funding- or altering our state laws to comply. Keep in mind these new, transformative rules were made without you- without your elected leaders in Congress having a say, which is what the law requires,” said Tennessee Attorney General Herbert Slatery who led the lawsuit. “We are thankful the Court put a stop to it, maintained the status quo as the lawsuit proceeds, and reminded the federal government it cannot direct it’s agencies to rewrite the law.”