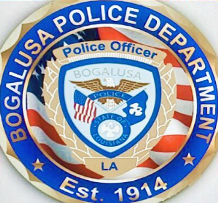 On Wednesday (July 27, 2022) at 5:50 pm the Bogalusa Police Department received a call of a shooting in the 600 block of Superior Avenue. Officers found that one victim had been transported by personal vehicle to Our Lady of the Angels Emergency Room. Another victim, still on scene, was critically wounded, was treated by EMS, and then was  transported to the hospital. BPD stated that the condition of the victims cannot be released at this time.

While BPD was working a chaotic scene at the hospital and working the crime scene on Superior Avenue, another shooting took place in the 800 block of Marshall Richardson Road shortly after 7:00 pm. In that case a vehicle was shot, possibly related to the first shooting. The occupants were not hit. Detectives are also actively working that crime scene.

BPD advises that several outside agencies are assisting.

Anyone with any information concerning these incidents can call the Detective Division at (985) 732-6238. Callers may remain anonymous is they wish.

Mayor Wendy O'Quin-Perrette, who is out of town at a municipality meeting, provided the following written and video statements:

"The senseless shooting in Bogalusa is another tragic reminder of the pain that violent crime brings with it. First I ask that our residents remain calm while the police continue their investigation. My thoughts and prayers are with the victims family and friends. As your Mayor and as a Mother, I plead on behalf of our community and for our children, enough is enough. Stop the violence! This is not the time for politics. See something, say something. I have contacted the Louisiana State Police asking for for help to assist the Bogalusa Police Department and Washington Parish Sheriff's Office."