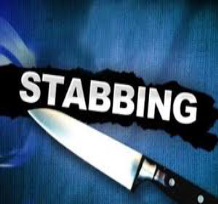 Wesley Pierce, age 30 and of Slidell, has been arrested following a stabbing which occurred Tuesday (July 12, 2022)  at a Slidell-area motel.

At approximately noon Tuesday, St. Tammany Parish Sheriff’s deputies responded to a report of a stabbing, which occurred at a motel on Yapon Drive near Slidell. Deputies located a male in one of the hotel rooms suffering from what appears to be non-life-threatening stab wounds. He was transported by medical personnel to a local hospital.

Pierce, the individual identified as responsible for the stabbing, was still present when deputies arrived. Pierce was taken into custody and will be booked into the St. Tammany Parish Corrections Center on one count each of Aggravated Second-degree Battery and Attempted Aggravated Burglary.

“Thanks to the deputies and the detectives with our Major Crimes Unit, who quickly responded to this scene, the perpetrator did not have time to leave, and he was taken into custody,” Sheriff Randy Smith said. “Once again we send the message that this kind of violent crime has no place in St. Tammany Parish.”