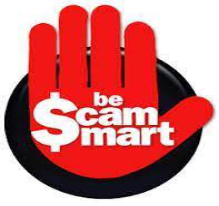 Investigators with the St. Tammany Parish Sheriff’s Financial Crimes Unit have arrested a man who scammed two St. Tammany Parish residents out of $83,000.00. This same man is believed to have victimized people all over the country.

Case 1. In April, a St. Tammany resident contacted the Sheriff’s Office to report they had wired a man $55,000 for a boat, and when they went to the Florida address he provided to pick it up, there was no boat.

Case 2. While investigating that crime, STPSO detectives were contacted by a second victim who had wired the individual $28,000 for a boat that was supposed to be delivered to their business. That boat never arrived, and the “seller” terminated all communication.

The investigation led STPSO Financial Crimes detectives to a man who had an arrest record out of Florida under the name Mads Lund. However, in working with Homeland Security Investigations, STPSO detectives were able to determine that was in fact a fake alias. It was determined that the man was in fact Modestas Grublys, a Lithuanian national who was living in the United States under the fake name of Mads Lund.

“I commend the work our detectives did in making an arrest in these cases,” Sheriff Randy Smith said. “Financial Crimes cases are some of the hardest to solve, but we have the very best detectives that are dedicated and use all the resources available to make sure anyone who takes advantage of St. Tammany residents is identified and arrested.”