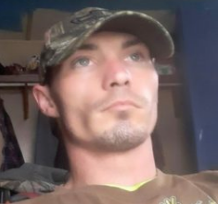 Agents with the Louisiana Office of Forestry report that 32 year-old John Grady Davidson has been arrested in the arson investigation regarding numerous wildfires on Olon Bankston Road in Kentwood.

On May 2, 2022, agents obtained four arrest warrants for Davidson related to arson. On May 3, 2022, forestry agents and deputies from the Tangipahoa Parish Sheriff’s Office (TPSO) observed Davidson’s vehicle on Highway 1054 near Highway 16 in Amite; however, Davidson had fled on foot prior to the vehicle stopping along the dark roadway. After attempting to evade law enforcement, the driver, Michael Warren of Loranger, was detained and found to be in possession of suspected  methamphetamine.

On June 2, 2022, TPSO deputies located Davidson, took him into custody on unrelated charges and transported him to the TPSO Jail. Forestry agents arrived at the jail and booked Davidson on the four outstanding felony warrants for Simple Arson.

“Arson is a very serious crime. Unintentionally starting a fire or worse, deliberately setting a fire, during a drought like much of South Louisiana is experiencing, could have wide and catastrophic repercussions,” said LDAF Commissioner Mike Strain, DVM. “LDAF enforcement agents take agriculture and forestry-related crimes seriously and they will seek justice when individuals break the law.”

Note: All persons accused of any crime are considered innocent until proven guilty in a court of law.