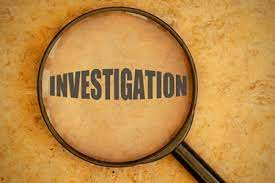 The Justice Department announced today (June 9, 2022) that is has opened a pattern or practice investigation into the Louisiana State Police (LSP). This civil investigation will assess whether LSP uses excessive force and whether it engages in racially discriminatory policing. The investigation will include a comprehensive review of LSP policies, training, supervision, and force investigations, as well as LSP’s systems of accountability, including misconduct complaint intake, investigation, review, disposition, and discipline.

Assistant Attorney General Kristen Clarke for the Justice Department’s Civil Rights Division said (in part), “Based on an extensive review of publicly available information and information provided to us, we find significant justification to investigate whether Louisiana State Police engages in excessive force and engages in racially discriminatory policing against Black residents and other people of color.”

Individuals with relevant information are encouraged to contact the Department of Justice via email at Community.Louisiana@usdoj.gov or by phone at (202) 353-0684. Individuals can also report civil rights violations regarding this or other matters using the Civil Rights Division’s reporting portal, available at civilrights.justice.gov.