Traffic Stop on I-59 Leads to Seizure of Guns 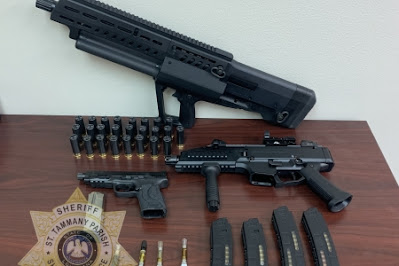 A traffic stop, which occurred on Interstate 59 around midnight on May 12, 2022, resulted in three illegally possessed firearms being taken off the streets. The driver, 42 year-old Travis M. Kildal of Washington state, claimed to be staying in Picayune, Miss. 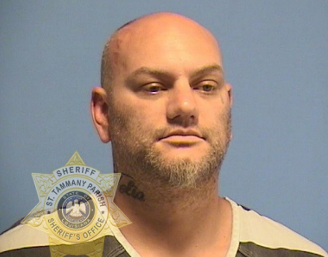 Kildal, who is a convicted felon for multiple offenses, reportedly admitted to possessing a marijuana THC vape pen cartridge inside the vehicle, and a subsequent search of the vehicle located a total of four vape pens containing suspected THC along with three firearms.

Kildal was placed under arrest and booked into the St. Tammany Parish Correctional Center for three counts of Possession of a Firearm by a Convicted Felon and one count each of Improper Lane Use and Failure to Signal when Changing Lanes.

He was also issued a summons for Possession of a Schedule I CDS (marijuana).