Tickfaw Man Sought for Shooting at Sports Complex Near Covington 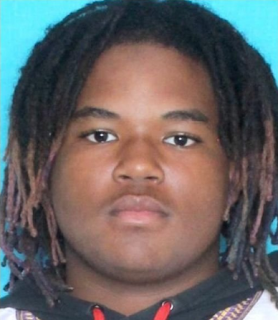 Detectives with the St. Tammany Parish Sheriff’s Office are asking for the public’s help in locating a Tangipahoa Parish man wanted in connection with a shooting that occurred Tuesday (May 24, 2022) evening at the Coquille Sports Complex near Covington.

Shortly before 6 p.m. Tuesday, STPSO deputies were dispatched to the sports complex, which is located near the intersection of Highway 1085 and Highway 1077, after it was reported that shots were fired.

Detectives with the Persons Crimes Unit have identified the shooter as 20 year-old Steven Newsome of Tickfaw, and warrants have been obtained for his arrest for Illegal Discharge of a Firearm, Aggravated Criminal Damage and Illegal Carrying of a Firearm.  Further charges may be pending.