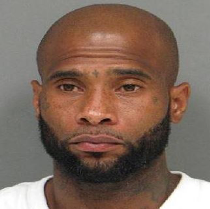 Trial began for Bowens on Monday April 25, 2022, but he stopped the trial and pled guilty before his defense began. District Judge William Burris then sentenced Bowens to a total of 50 years in prison on the charges.

On October 19, 2017, St. Tammany Parish Sheriff’s Office Major Crimes Unit was assigned an investigation into the death of a Slidell female which occurred on October 16, 2017. The victim’s boyfriend purchased heroin from the defendant on October 15, 2017. The victim and her boyfriend shared the heroin and hours later, the boyfriend found the victim suffering from a medical emergency and proceeded to take her to the hospital. The victim died at the hospital after being diagnosed with a brain abscess, which the Coroner's Office said was exacerbated by heroin toxicity, resulting in her death.

The victim’s father supported the resolution and provided an impact statement expressing his frustration with drug dealers preying on those suffering from addiction, as well as hope that no family would have to go through what he has experienced with the loss of his daughter.

The case was prosecuted by Assistant District Attorneys Elizabeth Authement and Iain Dover.