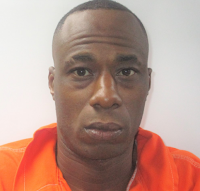 Michael Dempsey Alexander, age 37 and a resident of Hammond, was arrested Wednesday (March 2, 2022), when a Washington Parish Sheriff’s Office narcotics detective encountered him after a traffic stop on Highway 16, just east of the Highway 450 intersection. Alexander did not have a license to operate the vehicle.

Due to the strong odor of marijuana emanating from Alexander’s car, other responding narcotics detectives searched the vehicle. During the search of the vehicle and a corresponding search of Alexander, detectives discovered illegal drugs, including heroin, methamphetamine, marijuana and nasal Narcan. Alexander was arrested and transported to the Washington Parish Jail.

“The logical assumption is that he was traveling to Washington Parish to sell drugs,” stated Sheriff Randy Seal. “Thankfully, due to the diligence of our narcotics detectives, that did not happen. The next stop for Mr. Alexander will be the District Attorney’s office.”