Lacombe Man Pleads Guilty to Rape of 13 Year-Old, Sentenced to 20 Years in Prison 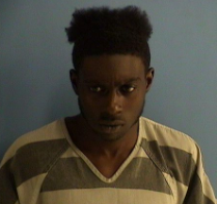 District Attorney Warren Montgomery reports that Cedric Cortez McClendon, age 22 and from Lacombe, pleaded guilty on Tuesday (March 29, 2022) to second degree rape and aggravated battery after his trial was already underway. District Judge William H. Burris sentenced McClendon to 20 years for the Second-Degree Rape and 10 years on the Aggravated Battery, the sentences to be served concurrently and without benefit of probation, parole, or suspension of sentence.

On February 19, 2018, Slidell Police were dispatched to a home in Slidell, in reference to a reported simple battery. Upon arrival, the 13-year-old victim told officers that earlier that day she was walking towards the home of a friend, when McClendon, then 18 years old, started shouting "come here" repeatedly to her. Although she tried to avoid him, he grabbed her by the arm and struck her in the face and upper body. She was able to escape him and called the police. Officers interviewed the victim’s father who reported that he had been told by a friend that they’d seen the victim and McClendon inside of an abandoned house in the neighborhood on several occasions. Officers went to that location and found condom wrappers and used condoms.

During a victim interview, the victim admitted that she’d not been completely forthcoming with her father. She told officers that McClendon had beat her with a piece of wood on one occasion and that there were multiple occasions when he beat her and forced her to have sex. She also stated that he’d threaten to kill himself if she wouldn’t cooperate. McClendon was taken into custody and in his interview, admitted to having sex with the underaged victim on numerous occasions and to a physical altercation. He stated, “When I get mad, bro, she gets scared and she f***s me. That's not my fault." The defendant, after sitting through jury selection, took a plea that was double the prison time he’d been offered prior to the trial date.

The victim agreed to the plea agreement. She read her impact statement to the Court and directed to the defendant, “I would like to be able to forgive you…but I can’t because you are evil.” Assistant District Attorneys Tiffany Dover and Iain Dover prosecuted the case and they thanked the victim for her patience and bravery.

“We want to thank the Slidell Police department and particularly Detectives O’Shaughnessy and McNulty for their investigative work and help to bring this case to a resolution for the young victim,” said D.A. Montgomery.