Another Meth Arrest in Washington Parish 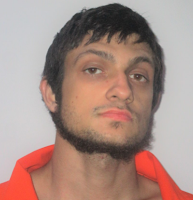 Yesterday (March 15, 2021, a Washington Parish Sheriff’s Office patrol deputy responded to a complaint at a residence on Highway 436 and found 23 year-old Tristen Jenkins to be in possession of methamphetamine and drug paraphernalia.

“It is never a good idea to ignore judicial orders,” stated Sheriff Randy Seal. “It’s like thumbing your nose at the court, and such gestures are never taken lightly. I suggest that Mr. Jenkins address not only his drug issues, but also his lack of responsibility.”