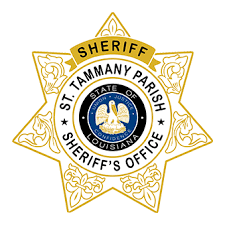 A Washington Parish man was arrested over the weekend after a large cache of drugs was located in his vehicle during a traffic stop near Folsom.

At approximately 1 a.m. Sunday (February 27, 2022) morning, a St. Tammany Parish Sheriff’s patrol deputy stopped a 2004 Chevrolet Avalanche near the intersection of Louisiana Highway 25 and Louisiana Highway 1077 near Folsom, due to the vehicle having an illegal cover over its license plate.

While talking with the driver, Jermaine Brown, age 42 and of Franklinton, the deputy detected the odor of marijuana. A search of the vehicle located 36 grams of marijuana, more than 21 grams of cocaine, 5.8 grams of crack, 3.4 grams of methamphetamine and 178 Ecstasy pills. The deputy also located $1,412 in cash, which is believed to be the proceeds of narcotics transactions, inside the vehicle.

“I applaud this deputy, whose training and proactive policing resulted in a drug dealer and a large amount of drugs being taken off our streets,” Sheriff Randy Smith said. “Once again we are sending the message that we will not tolerate individuals bringing drugs into our community.”