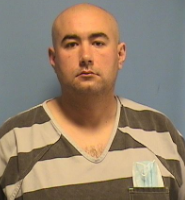 Christopher Cassidy (age 35) and a former corporal with the STPSO Criminal Patrol Division, was arrested on warrants which were issued through the 22nd Judicial Court this morning. Cassidy’s employment with the Sheriff’s Office was terminated prior to his arrest. Cassidy had been employed with the St. Tammany Parish Sheriff’s Office since 2006.

He was booked into the St. Tammany Parish Jail on 28 counts Possession of Pornography Involving Juveniles Under the Age of 13 and 110 counts of Sexual Abuse Involving Animals. Bond was set at $225,000.00.

“I hold all of our employees to the highest standard. When a public servant betrays the trust of the community, that individual must face the consequences,” said Sheriff Randy Smith.

The investigation is ongoing. No further details will be released at this time.