One Bogalusan Arrested / One Wanted in Foxworth Murder 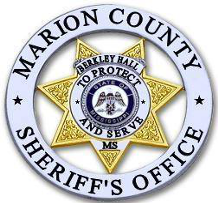 January 20, 2022 Update: Marion County Sheriff's Office reports that Jerliyah Pinestraw has been located and interviewed by Investigators. The Sheriff’s Office is no longer seeking her whereabouts.

Deputies found Hannah Gomez (age 21 and of Foxworth) injured during the shooting. She was transported to a local hospital, then airlifted to a trauma center in critical condition for treatment. Divontay Lashad Davis was treated and released from a local hospital with non-life-threatening injuries. An unresponsive female, identified as Jada Jefferson (age 20 and of Foxworth), suffered multiple gunshot wounds and was pronounced deceased.

A responding Investigator made contact with Kyndall Carter, age 19 and of Bogalusa, nearby on foot. Carter matched the description of one of the suspects and witnesses advised that Carter was involved in the shooting. Carter was placed into custody, transported to the Marion County Sheriff's Office to be interviewed. Carter was later charged with Murder and 2 counts of Aggravated Assault.

The Investigation is ongoing and if you have any information regarding this incident or know the whereabouts of Pinestraw, contact the Marion County Sheriff's Office at (601) 736-5051.