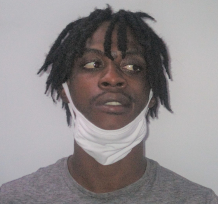 WPSO Chief Criminal Deputy Mike Haley reports that Dakeithan Matthews, age 26, has been in the Washington Parish Jail since September 2021 after having been arrested by the Bogalusa Police Department for a litany of charges, including attempted murder, distribution of illegal drugs, four counts of possession of illegal drugs, possession of controlled dangerous substances with a weapon present and possession of drug paraphernalia. Bond was set at $162,500 on those charges.

Another charge was added on December 20, 2021 when Washington Parish Sheriff’s Office corrections deputies arrested him on a charge of obscenity after Matthews intentionally exposed his genitals to a female corrections deputy. After a review of electronic surveillance video of the incident by jail supervisory personnel, a warrant was obtained and Matthews was arrested on the obscenity charge.

Matthews has two previous arrests by the Washington Parish Sheriff’s Office. In 2012, he was charged with two counts of possession of illegal drugs. He was released the following day after posting a $10,000 bond. In 2017, Sheriff’s deputies again arrested Matthews on charges of murder, aggravated battery and simple battery. Bond was set at $205,000 and he was in jail for two and a half years before being released.

“Our corrections deputies have to tolerate lots of dysfunctional behavior from some of the most dysfunctional persons in our parish,” stated Sheriff Randy Seal. “Matthews’ behavior while incarcerated is inexcusable. Our deputies followed professional procedure, seeking and obtaining a warrant. Now Mr. Matthews has one more charge to defend in court.”