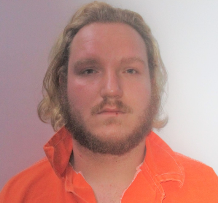 On Tuesday (December 28, 2021) Washington Parish Sheriff’s Office deputies encountered Austin Troy Freeman, age 23 and a resident of Sandy Hook, Mississippi. Freeman was traveling on Highway 21 near Rayburn Correctional Center and deputies found both methamphetamine and marijuana in his possession. He was arrested for possession of both of the illegal drugs and transported to the Washington Parish Jail. Freeman was released on December 29, 2021 after posting a $5,000 bond.

“How ironic to be arrested near the prison,” stated Sheriff Randy Seal. “He may have been comfortable bringing illegal drugs into Washington Parish, but I suspect he was not comfortable being apprehended and arrested. Do drug users transport illegal drugs across state lines? Absolutely! Are law enforcement officers in both states aware of that fact and on the alert? Absolutely! Most of the time, illegal drug users and sellers are well known in both jurisdictions.”