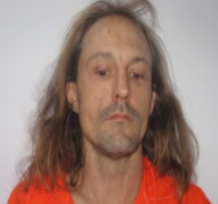 Michael L. Hall, Jr., age 36 and a resident of Highway 436, is in the Washington Parish Jail charged with domestic abuse battery, domestic abuse child endangerment and failure to appear in court.

On Monday (December 13, 2021) a Washington Parish Sheriff’s Office Lieutenant and patrol deputy responded to a location just south of the Bogalusa city limits to investigate a complaint of domestic abuse. Arriving at the scene, the officers observed physical signs of domestic abuse which had been committed in the presence of minor children. Hall, who was identified as the assailant, was arrested and transported to jail.

Hall has at least two previous stays in the Washington Parish Jail. In August 2013, he was arrested for criminal conspiracy, theft, criminal damage to property and obstruction of justice. He was arrested again in September 2013 on two counts of failure to appear in court.

Washington Parish Sheriff Randy Seal stated, “All too often, we hear of those who physically abuse women laying the blame on the woman. This is nonsense. Blaming the victim is a form of bullying wherein the abuser tries to shift the blame from him and further denigrate and disparage the female victim. This lame excuse didn’t sway our officers who made a good arrest.”