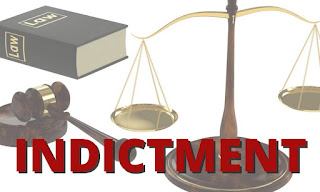 According to the indictment, Trabona, 73, of Amite City, and Hart, 49, of Amite City, conspired to and did unlawfully pay voters to cast their ballots for certain candidates during the 2016 Open Primary Election and the 2016 Open General Election in Tangipahoa Parish, Louisiana. The indictment alleges that, in furtherance of the scheme, the conspirators solicited and hired individuals to identify potential voters, transported those voters to the polls where they were provided with the names and candidate numbers of candidates, and paid the voters to cast their ballots for candidates.

Trabona and Hart are each charged with conspiracy to buy votes and multiple counts of buying votes. The defendants are scheduled for their initial court appearance on December 17, 2021 before U.S. Magistrate Judge Karen Wells Roby of the U.S. District Court for the Eastern District of Louisiana. If convicted, they face a maximum penalty of five years in prison on each count. The Department of Justice also announced the guilty pleas of two additional Tangipahoa Parish residents for their involvement in vote buying in Tangipahoa Parish during the 2016 election period: Sidney Smith, 68, of Amite City, and Calvin Batiste, 64, of Independence. Smith and Batiste each pleaded guilty to conspiracy to buy votes during the 2016 election. Smith pleaded guilty before U.S. District Judge Lance Africk on November 29, 2021 and Batiste pleaded guilty before U.S. District Judge Martin L.C. Feldman on December 8, 2021 Smith and Batiste both face a maximum penalty of five years in prison. A federal district court judge will determine any sentence after considering the U.S. Sentencing Guidelines and other statutory factors.

Assistant Attorney General Kenneth A. Polite Jr. of the Justice Department’s Criminal Division and U.S. Attorney Duane A. Evans of the Eastern District of Louisiana made the announcement. The FBI is investigating the case.

An indictment is merely an allegation, and all defendants are presumed innocent until proven guilty beyond a reasonable doubt in a court of law.