Fight Over a WIC Card Lands Man in Jail - AGAIN 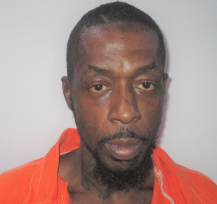 On December 21, 2021, a Washington Parish Sheriff’s Office deputy’s response to a disturbance at the Sportsman’s Inn motel south of Bogalusa resulted in the arrest of Jared Robert Hillery, age 36 and a resident of Highway 21 north of Bogalusa. During an argument with his female companion over a WIC card, Hillery violently attacked her, an action which alerted persons in neighboring rooms who then called the Sheriff’s Office.

The deputy arrested Hillery and transported him to the Washington Parish Jail on charges of domestic abuse with strangulation and disturbing the peace in a violent and tumultuous manner. His bond was set at $500; however, he will remain in jail due to a hold placed on him by the Louisiana Division of Probation and Parole for a probation violation.

Hillery has been in the Washington Parish Jail on three previous occasions, charged with  theft of a motor vehicle, possession of illegal drugs, possession of drug paraphernalia, failure to appear in court, burglary, criminal mischief, tampering with surveillance equipment and contempt of court.

“Poor anger management often leads to poor decisions and sometimes, as in this case, to physical assault,” stated Sheriff Randy Seal. “I’m pleased our officer was able to intervene and make a proper arrest.”