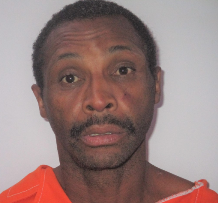 On December 25, 2021, a Washington Parish Sheriff’s Office deputy arrested Phillip Fowler, age 52 and a resident of Bateman Drive. Fowler was booked into the parish jail on several charges, including attempted home invasion, battery, criminal trespass, resisting an officer, disturbing the peace and two counts of contempt of court. His bond was set at $7,500.

When the deputy responded to a complaint on Harvey Road, he encountered Fowler who was screaming and waving his arms back and forth while in the front yard of a residence. He advanced towards the deputy and then began to advance towards another male who was nearby, all the time screaming and behaving in a threatening manner. Once Fowler was restrained, the homeowner stated Fowler had attempted to force himself into the residence, at which time she called 911 for assistance. She also called a neighbor who arrived on the scene and attempted to calm Fowler as the deputy arrived and took Fowler into custody.

Fowler has at least six previous arrests in Washington Parish on charges that include two counts of unauthorized entry of an inhabited dwelling, three counts of failure to appear in court, resisting arrest, attempted criminal trespass, resisting a police officer with force or violence, possession of illegal drugs, two counts of contempt of court, and being a fugitive from Minehaha County, South Dakota.

“Uncontrolled anger always ends up hurting the angry person,” stated Sheriff Randy Seal. “In this situation, Mr. Fowler’s anger earned him a trip to the parish jail while other involved persons were able to sleep in their own homes. His criminal history indicates he has never learned self-control, a weakness that has resulted in numerous arrests and spoiled Christmas day for others.