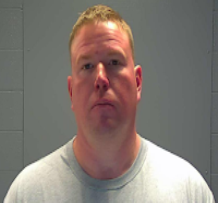 U.S. Attorney Duane A. Evans announced that Jason Boyet, age 42 and a resident of Ponchatoula and a former trooper with the Louisiana State Police, was sentenced on November 3, 2021 to 210 months imprisonment by United States District Judge Sarah Vance.  Boyet previously pleaded guilty to a one-count Bill of Information charging him with distribution of images depicting the sexual exploitation of children, including children as young as three (3) years old. As part of his sentence, Boyet will also be obligated to serve a period of five (5) years of supervised release after his term of imprisonment, register as a sex offender, and pay a $100 mandatory special assessment fee. Judge Vance scheduled a restitution hearing for February 2, 2022.

According to court documents, in about February 2020, a special agent with the Federal Bureau of Investigation operating in an undercover capacity in the State of Texas accessed a chat room within an instant messaging mobile application known to be a haven for purveyors of digital files depicting the sexual victimization of children.  The Agent was introduced to an individual, subsequently determined to be Boyet, who distributed to him sexually suggestive and sexually explicit photographs of minors, including a prepubescent female, over whom Boyet claimed to have custody and control.

On February 12, 2020, special agents with the Federal Bureau of Investigation executed a federal search warrant at Boyet's residence.  Based on a voluntarily interview with Boyet and a review of digital evidence seized during the execution of the search warrant, law enforcement authorities confirmed that Boyet took sexually explicit images of the victim at his residence using his Apple iPhone XR on at least three dates between December 19, 2019, and February 11, 2020, some of which he distributed to third parties as described above.  Agents also confirmed that Boyet accessed a link to an online file storage account containing numerous videos depicting the sexual victimization of children and, further, received at least 151 images and 195 videos depicting children as young as approximately one (1) year old engaging in sexually explicit conduct.