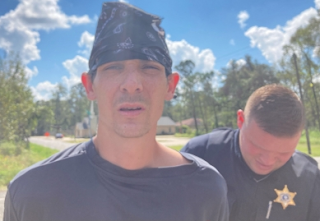 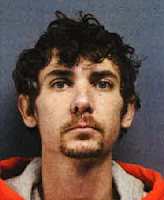 Shortly after 9:00 am Saturday, October 2, 2021, St. Tammany Parish Sheriff’s deputies responded to the Academy Sports and Outdoors in Covington after a female reported a white male armed with a rifle had stolen her truck.

Deputies arrived at the store within minutes and began investigating the incident. After deputies reviewed video footage from the store, it was learned the unknown white male removed an airsoft BB rifle from its packaging and discarded the empty package in the store. The white male then exited the store and was in the parking lot for some time. As the female was loading her packages in the back of her truck, the unknown male walked up and entered her opened driver’s side door, before exiting the parking lot towards Interstate 12. Shortly after 11:00 am, the truck was located on Haynes Road in Tangipahoa Parish.

If anyone has any information on Barbazon’s whereabouts, please contact the St. Tammany Parish Sheriff’s Office at (985) 898-2338.