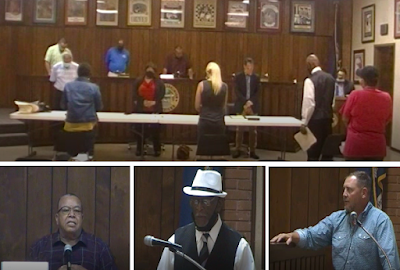 At the Franklinton Mayor and Board of Aldermen meeting on Tuesday (October 26, 2021) evening,  (beginning at 3:10 into the video) resident and WPSS Board Member Frankie Crosby advised those present that a recall election would be held on March 26, 2022. No comments or questions followed Crosby's announcement and the subject of the recall was not identified. However, Crosby has previously questioned Alderman Heath Spears' qualification to serve as an alderman based on his residency and spearheaded a recall petition. See the Proclamation of the Recall Election below the video.

Franklinton Police Chief Justin Brown provided his report beginning at 7:00 into the video. Brown provided his department's statistics and an update on police actions related to the recent Washington Parish Fair. Brown acknowledged the assistance provided by Louisiana State Police and Rayburn Corrections and reviewed measures taken to prevent criminal activity at the fair. Brown related that persons were identified possibly intent on engaging in criminal behavior; they were intercepted prior to  entering the fairgrounds and weapons were confiscated. As a result, no criminal arrests were made by FPD during the fair.

Mayor Route announced that a program recognizing Veterans would be held on November 9th, reminded the public that Trick or Treat would be on October 30th from 6 PM to 8 PM with a Trunk or Treat at Town Hall, and that the work continues to establish a park behind Popeyes on Washington Street. 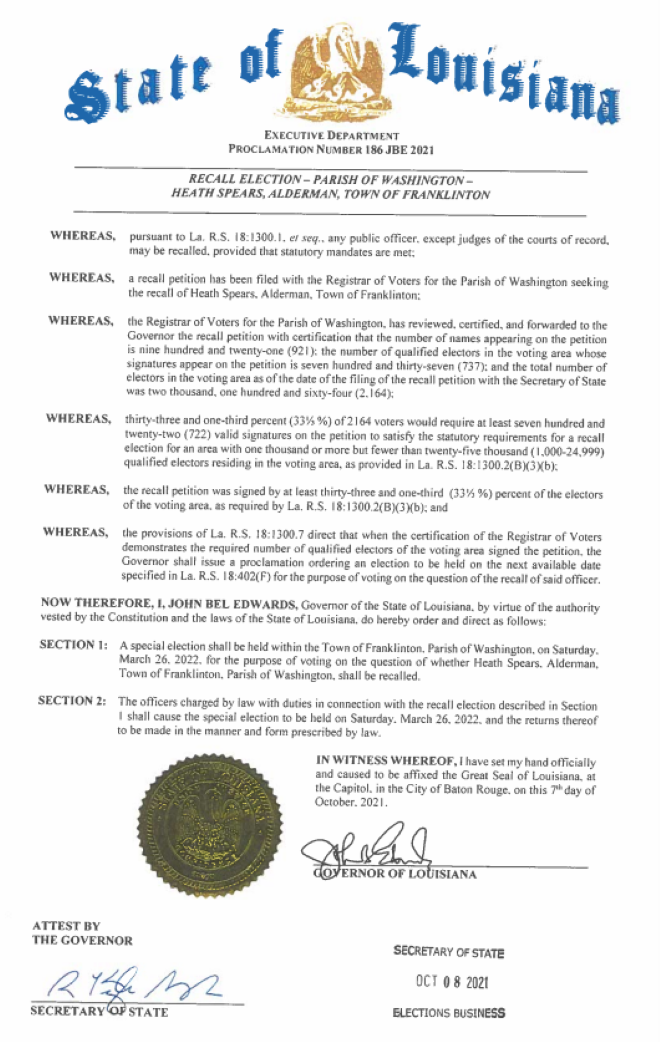