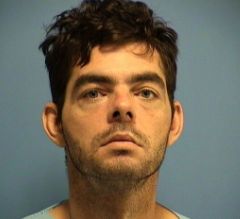 On June 20, 2017 in the early morning hours, St. Tammany Parish Sheriff’s Office deputies were called to a residence in Folsom. Upon arrival, Deputy Jesse Smith found one of the victims, who was later identified as the defendant’s mother, in the driveway of the home in which all three family members lived. She had obvious injuries to her head and face and was bleeding. She directed officers to a back bedroom where the defendant was attacking her husband.

The second victim, the defendant’s father, was laying on the floor in a pool of his own blood, with Melerine crouching over his body. The victim was face down trying to prevent Melerine from grabbing the hammer that he’d wrestled out of his son’s hands. Officers observed blood across the room on the floor, bed and walls and covering the victim and the defendant. Deputy Parker later testified that it was the “bloodiest scene he’d ever seen.”

Officers restrained Melerine and he was arrested. The parents were transported to the hospital where doctors treated them for multiple injuries to the head and face.

At trial, the victim/mother testified that both she and her husband were asleep when the defendant broke into their locked bedroom in the early morning hours. She was awoken by what she described as sounding like “a hammer smashing a coconut.” She saw her son continue to strike her husband in the head with a hammer. She attempted to stop him and he turned on her, striking her multiple times.

The victim/father was able to stop the defendant from striking his wife again and told her to call 9-1-1. As ADA Luke Lancaster said of the father, “he was going to save his wife.” “He was a hero.” The victim/mother’s 15-minute 911 call was played in court, wherein she is heard pleading: "Oh, God! Get somebody here quick. My son just went bonkers on us. Oh, God! My son is going nuts on us. Oh, Hurry, please! Oh, God! Just get somebody here!"

Both victims testified that the night before, the defendant made comments to them indicating that he was fostering some sort of anger/resentment toward them, and that he maybe was on drugs. Victim/father testified that his son in his rage told them that he was Michael the Archangel and to “prepare their souls for heaven.”

Attorneys for the defense asked the jury to find him guilty of the lesser charge of Aggravated Battery, arguing that he did not have the “specific intent to kill” them, because he was likely impaired by drugs and that there were more lethal weapons he could have used. ADA Luke Lancaster argued that “there is a line and he didn’t just cross that line, he was light years across it.”

ADA Blake Peters in closing stated that, although there were more lethal weapons in the home, the defendant chose to use a more “enjoyable, intimate, less quick” method of murder and that he was very much in control and not impaired. Peters told the jury, “He’s been coddled his entire life, has been asserting excuses his entire life, but you can now hold him accountable.”

The jury deliberated about 40 minutes before unanimously voting “guilty” on both counts of attempted first-degree murder.

D.A. Warren Montgomery extends his appreciation to all involved in this case “as the outcome would have been very different without the heroes in this case.” Assistant District Attorneys Blake Peters and Luke Lancaster prosecuted the case, and St. Tammany Parish Sheriff’s Office members Corporal Jesse Smith, Sgt. Justin Parker and Crime Scene Technician Megan Sellstrom, were in charge of the investigation.

As to each count, Melerine faces ten to fifty years, without the benefit of parole, probation, or suspension of sentence. He is set for sentencing on January 19, 2022, before District Judge John Keller.