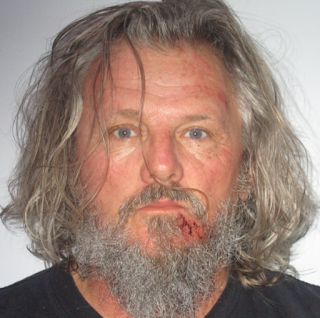 On Thursday (October 21, 2021), Washington Parish Sheriff’s Office deputies were summoned to a camp ground adjacent to the fairgrounds on a report of a man threatening others with a knife.

Washington Parish deputies, accompanied by Bogalusa Police Department officers and officers from Rayburn Correctional Center, encountered a camper who reported a man wearing a cowboy hat was threatening people with a knife. The victim pointed out a nearby camper where the alleged assailant was staying.

When officers approached the camper, they encountered William Benny Creel, age 54 and a resident of Camp Road. Creel appeared to be intoxicated and refused all verbal orders from the officers. Creel was subdued and handcuffed after a brief struggle during which he tried to reach into a pants pocket. Officers then located a fixed blade knife, a set of brass knuckles and a .38 caliber derringer pistol on Creel’s person.

Creel was arrested and transported to the Washington Parish Jail charged with aggravated assault, being a convicted felon in possession of a firearm and two counts of resisting a police officer with force or violence. He was released the following day after posting a $7500.00 bond.

Creel has no previous stays in the Washington Parish Jail, but was convicted of a federal offense in 2010 and sentenced in 2011 to twelve months federal prison time and twenty four months supervised federal probation.

“This is a family fair and we have no tolerance for violence or any other misbehavior,” stated Sheriff Randy Seal. “I’m pleased no one was injured and thank both the Bogalusa Police Department and Rayburn Correctional Center for their assistance.”