Bogalusa Men (Brothers) Each Sentenced to 10 Years for Drug Offenses 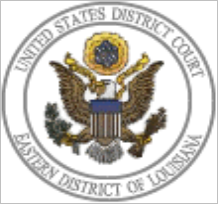 According to court documents, Special Agents with the Bureau of Alcohol, Tobacco and Firearms identified Trevion Harris as a methamphetamine trafficker in Bogalusa. Using a confidential source, beginning in November of 2018 and continuing through May 1, 2019, agents made controlled purchases of methamphetamine from Trevion, Jonzarrion, and Demarquiez Harris in amounts ranging from two (2) grams to as many as eight (8) ounces.

This prosecution was part of an extensive investigation by the Bureau of Alcohol, Tobacco, and Firearms and the Bogalusa Police Department of individuals suspected of trafficking large quantities of methamphetamine and/or firearms in the Bogalusa area.  The prosecution was handled by Assistant United States Attorney André Jones.