The disturbance over the south-central Gulf of Mexico is expected to move slowly northeastward over the central and northeastern Gulf of Mexico during the next couple of days.  Limited development is possible as the system nears the northern Gulf coast on Wednesday and Wednesday night.  The disturbance is then expected to cross the southeastern United States, and some tropical or subtropical development will be possible after it emerges off the southeastern United States coast late this week. Formation chance through 48 hours is at 10% and formation chance through 5 days remains at 30%.

Hurricane Larry is forecast to threaten Bermuda during the next couple of days with strong winds, heavy rainfall, and coastal flooding. Larry will bring significant swells to the coast of the United States and Atlantic Canada by midweek. 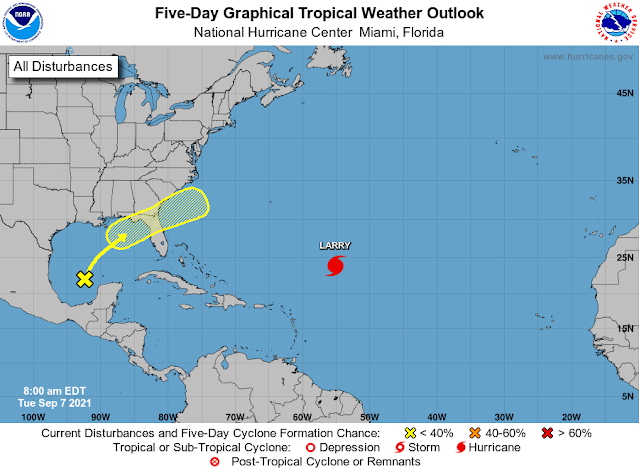