The surface trough over the Yucatan Peninsula and south-central Gulf of Mexico is forecast to move slowly northward or northeastward over the central and then northeastern Gulf of Mexico, likely reaching the northern Gulf coast in a few days and bringing increased chances of heavy rain to our region. Although upper-level winds are currently unfavorable for development to occur, they are expected to become marginally conducive for tropical cyclone formation in a couple of days. The disturbance is expected to cross the southeastern United States beginning midweek, and there is a 30% chance of formation as it emerges over the Atlantic waters late this week.

Hurricane Larry is forecast to approach Bermuda during the next few days and will be bringing a risk of strong winds, heavy rainfall, and flooding by the middle of this week also to the east coast of the U.S.. 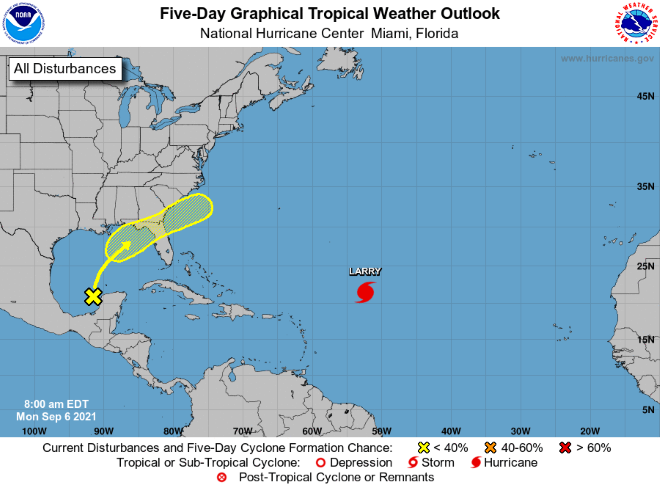