Disturbance 1. A tropical wave and an upper-level trough is over portions of Central America, southeastern Mexico, and the adjacent waters of the northwestern Caribbean Sea and southern Gulf of Mexico.  A tropical depression is likely to form on Sunday or Monday while the disturbance moves northwestward and then northward near the coast of northeastern Mexico.  Further development will be possible through the middle of next week. By late this weekend, heavy rain will likely reach portions of the western Gulf coast, including coastal Texas and Louisiana through the middle of next week. Formation chance through 48 hours is at 70% and formation chance through 5 days is at 80%.

Disturbance 3. Another tropical wave is expected to move off the west coast of Africa in a few days.  Some development of this system will be possible through the middle of next week while it moves westward across the eastern tropical Atlantic Ocean. Formation chance through 48 hours is near 0% and formation chance through 5 days is at 20%. 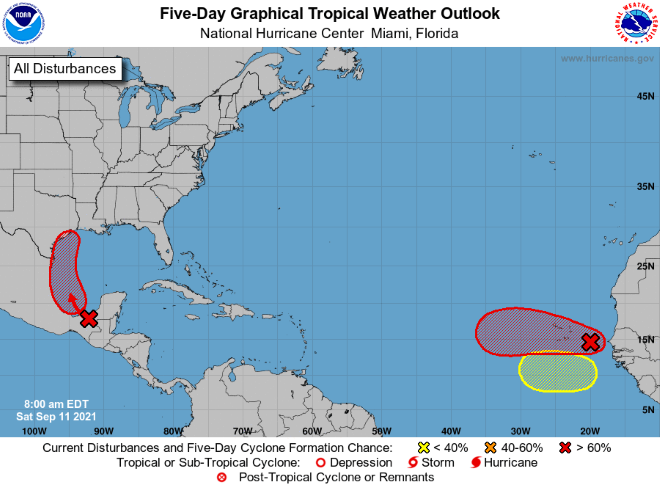