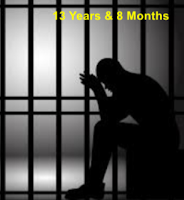 United States Attorney Duane A. Evans announced that Steven Williams, age 35 and of Jackson, Mississippi, was sentenced on September 28, 2021 to 13 years and 8 months in prison followed by (5) years of supervised release for bank robbery. Williams was further ordered to pay $5,136.00 in restitution and a $100.00 mandatory special assessment fee.

According to court documents, Williams used a firearm on November 21, 2016 while robbing the First NBC Bank in Kentwood, Louisiana. A FBI press release at the time stated “a lone male entered the First NBC Bank, pointed a gun in the air and ordered everyone to the floor, and then proceeded to rob the bank. After obtaining an undisclosed amount of money, the robber fled the bank.”

He previously pleaded guilty to bank robbery by assaulting and putting in jeopardy the life of another by using a dangerous weapon.

U.S. Attorney Evans praised the work of the Kentwood Police Department and the Federal Bureau of Investigation. It was prosecuted by Assistant U.S. Attorney Charles D. Strauss.