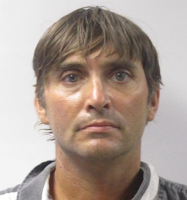 On Wednesday (September 8, 2021), Washington Parish Sheriff’s Office Drug Task Force detectives were in pursuit of a vehicle traveling at a high rate of speed headed north on Highway 25.  Detectives were finally able to stop the vehicle at the intersection of Highway 25 and Highway 438 and encountered the driver, identified as Karl L. Bickham, III, (age 47 and a resident of McKay Lane in Franklinton).

Bickham has three previous arrests in Washington Parish on charges that include fugitive from another jurisdiction, possession of stolen property, obstruction of justice, and contempt of court.

“I understand he was driving on Highway 25 at a very high rate of speed,” stated Sheriff Randy Seal. “That in itself is a clear danger to other motorists.  Drug abuse is a dead end street for anyone and creates only misery for both the abuser and his or her family.  Once again, I congratulate our officers for getting more illegal drugs out of our community.”