Arrest of 16 Year Old in in Fatal Crash Near Madisonville 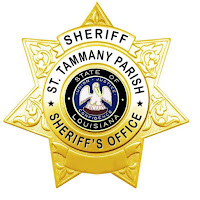 Following an extensive investigation, the St. Tammany Parish Sheriff’s Office has arrested the 16-year-old driver involved in the late night crash near Madisonville on August 4, 2021 that claimed the lives of two teenagers.

The vehicle was occupied at the time by four 16-year-old local females. The vehicle was traveling at a high rate of speed when it ran off the roadway, impacting two trees, a utility box and two signs. Two of the occupants were pronounced dead on the scene by medical personnel. The driver and another passenger were transported by medical personnel to a local hospital with injuries.

The driver has now been arrested and booked into the Florida Parish’s Juvenile Detention Center on the charges of two counts of Vehicular Homicide/Driving Under the Influence, First Degree Vehicular Injuring, Operating a Vehicle While Intoxicated (1st Offense), Possession of Schedule II CDS, Possession of Schedule IV CDS, Reckless Operation, and Unlawful Operation by a Child Less that 17 (Between Certain Hours Prohibited).