Disturbance 1. Hurricane Ida is an extremely dangerous Category 4 hurricane expected to make landfall in SE (near Houma) Louisiana soon. Maximum sustained winds is at 150 mph. Rapid weakening is expected after landfall. Ida is moving at near 15 mph on a northwest track which should continue until it makes a northeastward turn Monday night. Hurricane conditions are expected in the Hurricane Warning area, spreading inland over a portions of Louisiana and Mississippi tonight and Monday. Expect damaging winds and heavy rainfall (10-18 inches) across southeast Louisiana.

Disturbance 2. Tropical Depression Ten is no threat to us as it moves North.

Disturbance 3. Tropical Depression Eleven is no threat to us as it moves North.

Disturbance 4. An area of low pressure located just east of the Delmarva Peninsula is no threat to us and is expected to away from the east coast of the United States.

Disturbance 5. A tropical is expected to emerge off the coast of west Africa by Tuesday and a tropical depression is likely to form toward the end of the week while the system moves west-northwestward at 10 to 15 mph over the eastern tropical Atlantic. Formation chance through 48 hours is at 20% and formation chance through 5 days is at 80%. 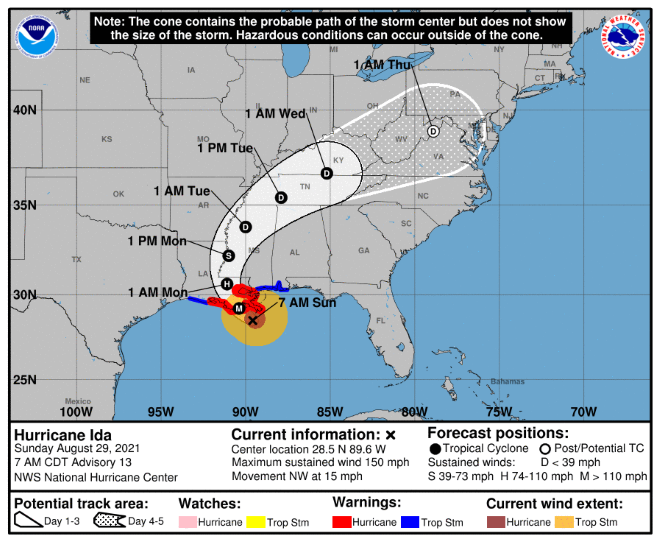 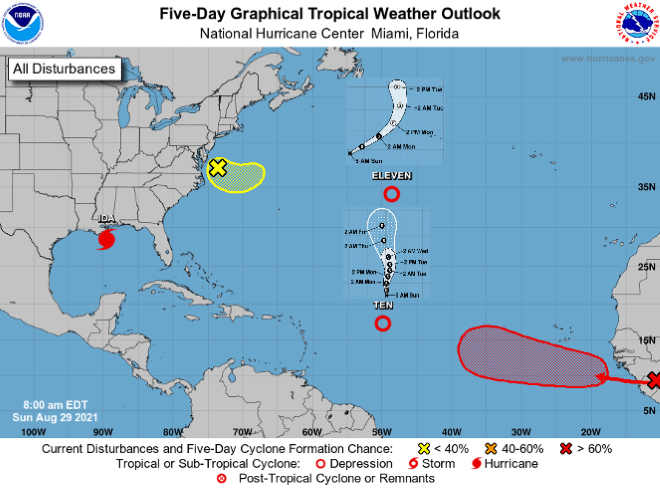