Disturbance 1. Hurricane Ida is forecasted to make landfall as a Cat 4 Hurricane near Houma on the Louisiana Coast. All of Southeast Louisiana is under a Hurricane Warning. This poses significant risk to people and property. Rainfall for our area is forecasted to be anywhere from 6 to 20 inches. Tropical storm-force winds are expected to arrive in our area after daybreak Sunday morning through Sunday afternoon (a bit earlier just to our South).

Disturbance 2. Tropical Depression Ten is expected to become a tropical storm later today. The system is located about 820 miles ESE of the Leeward Islands and moving NNW at 7 mph. It is expected to remain over the open Atlantic.

Disturbance 3. A low pressure located over the central Atlantic could form into a tropical depression within the next couple of days. The system should drift eastward through today, head northeastward Sunday toward the central north Atlantic, and be absorbed by a frontal system by midweek. Formation chance through 48 hours is at 60% and formation chance through 5 days is at 60%. 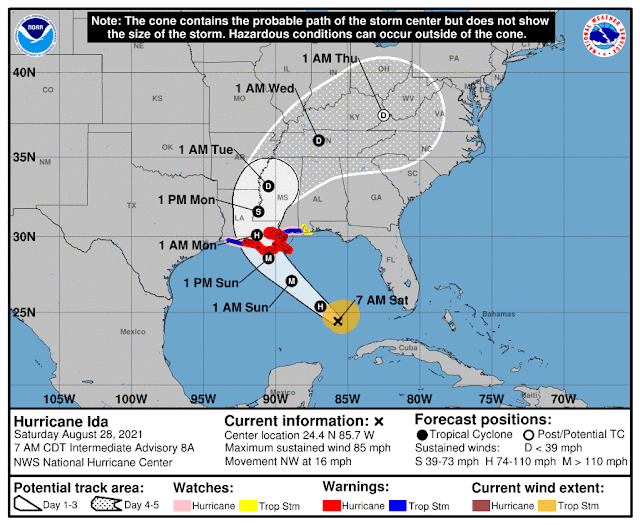 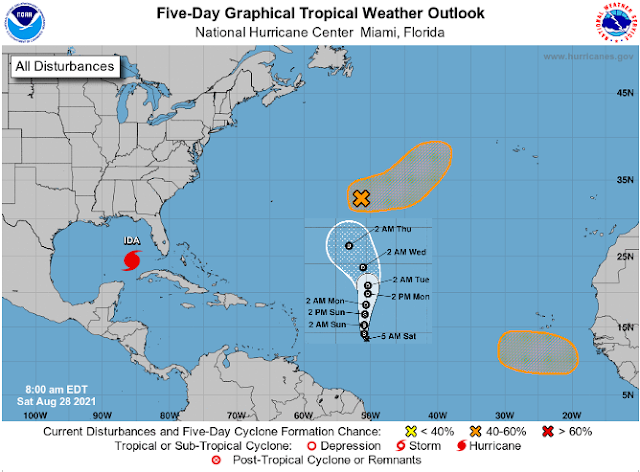