Disturbance 1. The area of low pressure 150 miles south-southwest of Jamaica is expected form into a tropical depression or tropical storm later today or tonight. The system is expected to enter into the Gulf of Mexico Friday night and move toward the central or northwestern U.S. Gulf coast, potentially bringing dangerous impacts from storm surge, wind, and heavy rainfall to portions of the coasts of Texas, Louisiana, Mississippi, Alabama, and the Florida Panhandle by Sunday and Monday. Formation chance through 48 hours is at 90% and formation chance through 5 days is also at 90%. 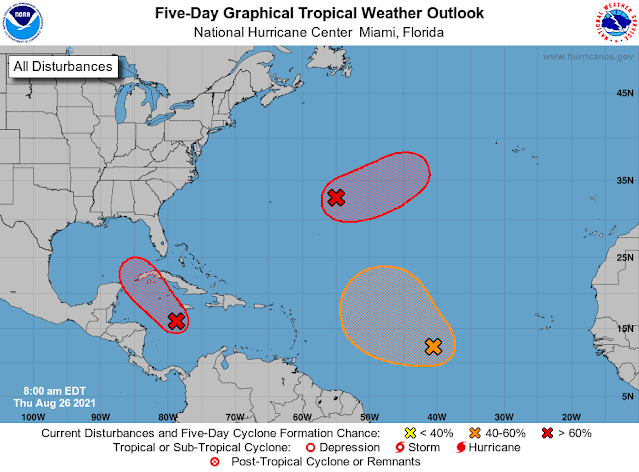