Disturbance 2. A low pressure system is over the eastern tropical Atlantic more than 700 miles west of the Cabo Verde Islands.  Little development is expected  during the next couple of days and only gradual development by the middle of the week as it moves northwestward at 10 to 15 mph over the central Atlantic. Formation chance through 48 hours is near 0% and through 5 days is at 30%. 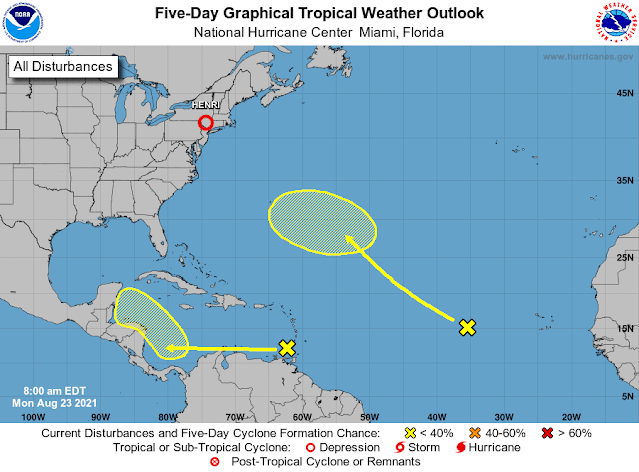