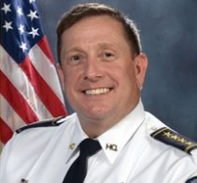 As of today, Monday, August 2, 2021, the St. Tammany Parish Sheriff’s Office would like to provide the following information as it relates to the current status of Covid–19 in the parish jail and the efforts being made to properly care for the inmates and employees working in the facility. Sheriff Smith and his staff have made concerted efforts to maintain a clean and healthy environment within the confines of the jail. Those measures include, but are not limited to:  providing free vaccinations to any inmate and employee wishing to have one, performing mass testing as recommended by the Louisiana Department of Health and Hospitals, placing dorms on quarantine to minimize movement, implementing step down dorms for preliminary quarantines before introduction to the general jail population, and cleaning and sanitizing the entire facility daily.

Sheriff Smith feels the measures taken thus far have kept the number of positive cases to a minimum, with a current number of 1023 inmates in the facility. Presently, there are 37 positive cases, with one hospitalization. Following the recommendations of the LDHH, mass testing was conducted and as of the current date, we have tested over 100 inmates.

Currently, there are 28 dorms in the facility, of which 5 are quarantined. This is a precautionary measure put in place due to an inmate testing positive from those dorms. The jail has four dorms designated for positive and/or symptomatic males and females, if and when we they are needed. Additionally, offenders who are not able to bond out stay in the two step down dorms for 14 days before being introduced to the general population.

For the continued safety of everyone, visitation has been suspended as well, and jail staff provides every dorm with cleaning and sanitation supplies twice daily.

Sheriff Smith and his staff will vigorously continue to follow all measures as required and/or recommended by the Department of Justice, Department of Corrections, Louisiana Department of Health and Hospitals, Office of Public Health, and the Center of Disease Control and Prevention.

Sheriff Smith said, “The safety, health, and well–being of every one of the inmates, every one of his employees, and the entire community, is paramount and he and his staff will continue to do all they can to keep everyone safe as we deal with this terrible Covid–19 pandemic.”