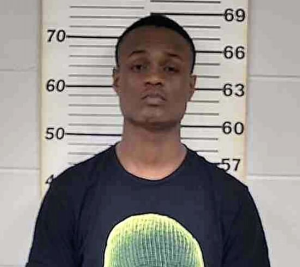 Yesterday (August 9, 2021), the Pike County Sheriff's Office received a call from the Southwest Regional
Medical Center about a patient with a gunshot wound. The victim, Thomas Coney, reportedly told deputies and investigators that Deadrian Lee, age 22 and of Magnolia, attempted to enter his residence by force. Lee failed to gain entry and reportedly retrieved a SKS 7.62 rifle from his vehicle and fired multiple shots into the victim's residence. The victim was struck once in his right hand and Lee fled from the residence.

Lee was later found at a residence on Magnolia-Progress Road and arrested without incident.

The rifle was recovered from Lee's vehicle and Lee was booked into the Pike County Jail for Attempted Murder and Shooting into an Occupied Residence.