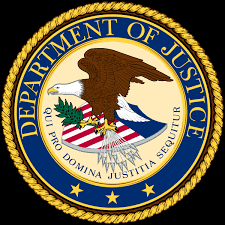 United States Attorney Duane A. Evans announced that Sonja Dyson Evans, age 59 and of Kentwood, was sentenced on August 4, 2021 by the Honorable Ivan L.R. Lemelle, United States District Court Judge, to a five (5) year term of probation for using an interstate facility with intent to carry on unlawful activity.  Evans was also ordered to pay a $5,000 fine, a $100 special assessment and to perform 100 hours of community service.

Evans pleaded guilty in March 2021.  According to court records, at the time of the offense, Evans was employed by the Tangipahoa Parish Sheriff’s Office as a Criminal Records Division Supervisor.  From January 2016 through January 2017, Evans, along with a co-defendant, Shawanda Dove, used cell phones to carry out a bribery scheme, in violation of 18 U.S.C. §§ 1952(a)(3) and 2.  Evans solicited and accepted bribe money from Dove in exchange for fraudulent bonds used for the release of incarcerated persons.

U.S. Attorney Evans praised the work of the Federal Bureau of Investigation in investigating this matter.  Assistant United States Attorney Tracey Knight is in charge of the prosecution.