Troopers Seek Hit and Run Vehicle that Injured Four, Including a Child and an Infant 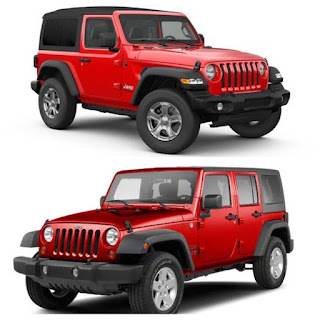 Shortly before 01:00 AM on July 11, 2021, Troopers from Louisiana State Police Troop L began investigating a hit and run crash that occurred on US 190 at the intersection of LA 445 in Tangipahoa Parish. The crash resulted in a total of four injuries. One adult passenger received moderate injuries. The adult driver, as well as the child and infant passenger, received minor injuries.

Based off of witness statements, Troopers believe that the unidentified vehicle may be a red, newer model Jeep Wrangler with after-market rims that extend out of the wheel well. The suspect vehicle may have damage to the front end. The suspect is described as a white female possibly in her 30s or 40s with brown or blonde hair

This crash remains under investigation, and Troopers ask that anyone with any information regarding this crash please contact Louisiana State Police Troop L at (985) 893-6250, or their local law enforcement agency.

Stock images of a Jeep Wrangler are provided for reference of the suspect vehicle's make and model.