Tangipahoa Man Sentenced: Received Images/Videos of Sexual Exploitation of Children as Young as One Year Old 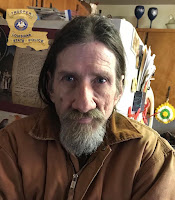 U.S. Attorney Duane A. Evans announced that Edd Scafidel, Jr., age 62 and of Ponchatoula, was sentenced to 72 months imprisonment by United States District Judge Eldon E. Fallon after previously pleading guilty as charged to an Indictment charging him with receiving images and videos depicting the sexual exploitation of children, including children as young as approximately one (1) year old. Additionally, Judge Fallon ordered that Scafidel serve a five-year period of supervised release and register as a sex offender after he is released from prison, Judge Fallon also scheduled a restitution hearing in the matter on September 16, 2021.