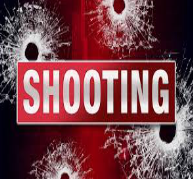 The St. Tammany Parish Sheriff’s Office is investigating after a man was shot while driving in the Alton area Sunday (July 18) evening.

Shortly before 7:00 p.m. Sunday, a man called 911 to report he had been shot while driving down North Second Street in Alton. He told deputies he was driving a white Mazda sedan northbound on North Second Street toward North 12th Street when one or more individuals began firing upon his vehicle, and he was struck multiple times.

Responding medical personnel transported him to an area hospital, where he was treated for non-life-threatening injuries.

While a motive has not been determined, the initial investigation has led detectives to believe this is an isolated incident.