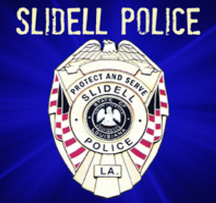 Slidell Police have released the video of a road rage incident, which escalated into a shooting. Kendell Matthews, age 21 and of Slidell, has been charged with Attempted 2nd Degree Murder. No one was injured in the incident.

Around 6:30 pm on Wednesday (July 14, 2021), Slidell Police responded to a road rage incident, which started near Highway 11 and Brownswitch Road. The suspected shooter (grey sedan) followed the victim (white pickup truck) home into the Tanglewood Subdivision. The victim became concerned and attempted to obtain the license plate of the grey sedan. The incident escalated when Kendall Matthews stopped in the middle of a street, exited his vehicle, and began shooting at the victim. The victim’s truck and and a nearby house  were struck with bullets.

A short time later, a Slidell Police officer spotted Matthews’ vehicle near Pontchartrain and Spartan Drive. Matthews was taken into custody without incident.

Slidell Police Chief Randy Fandal said, “We will not tolerate this kind of careless and inexcusable behavior in Slidell. We immediately deployed a vast number of officers to search for the suspect. Within a couple of hours, we located the suspect’s vehicle and made an arrest. Let this serve as another message that we will be relentless on solving and preventing violent crime in our community.”

Slidell Police recommends anyone involved in an aggressive road rage incident to call 911, and not to engage with the aggressor. A moment of anger can quickly turn violent and deadly.