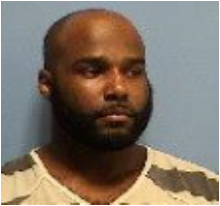 In December of 2019, a citizen reported to police that she saw Darby in the Northlake Nature Center off of Hwy 190 in Mandeville, sitting on the tailgate of his parked truck, facing traffic, with no pants on, engaged in a lewd act. When police arrived Darby was nude from the waist down.

Darby claimed to police that he had been jogging and fell and that his shorts were wet and dirty and he’d stopped in the park to put on different pants. He gave police permission to get his “green pants” so that he could put them on. Upon entering the truck to get the pants, police found green shorts and they were not wet or dirty. Sitting on top of the pants was a meth pipe and a lighter.

Darby was placed under arrest and when police further inspected the truck they also found a bottle of lotion on the backseat (above the pipe, lighter and shorts) and noted that there was lotion all over the interior of the front and rear doors, door handles and the interior of the tailgate.

The case was prosecuted by Assistant District Attorneys Iain Dover and Patricia Amos. Darby faces up to 3 years in prison when sentenced on September 23, 2021. Sgt. Alex Dantagnan and Corporal Cristen Graham of the St. Tammany Parish Sheriff’s Office handled the investigation.