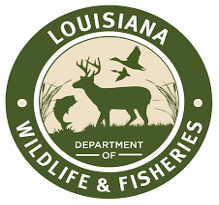 Yesterday (July 9, 2021), Louisiana Department of Wildlife and Fisheries (LDWF) advised that enforcement agents arrested a Slidell man for his alleged role as the operator in a fatal boating incident that took place on March 6, 2021 in St. Tammany Parish.

Agents arrested 24 year-old Collin Alexander on July 6, 2021 for vehicular homicide, vehicular negligent injury, and operating a vessel while intoxicated. Alexander was allegedly operating a 24-foot vessel with four other passengers on board when they collided with the Norfolk Southern Railroad Bridge in the middle of Lake Pontchartrain around 6:40 p.m. on March 6, 2021. Rod Willhoft, age 33 and of Arabi, was ejected from the vessel and entered the water without resurfacing.  His body was recovered on March 7, 2021. The three other occupants were not ejected from the vessel but sustained serious injuries.

After their investigation, LDWF agents determined that Alexander was the operator and impaired at the time of the fatal boating incident.  He was booked into the St. Tammany Parish Jail. Charges were filed and delivered to the office of District Attorney, Warren Montgomery, 22nd Judicial District Attorney for prosecution.