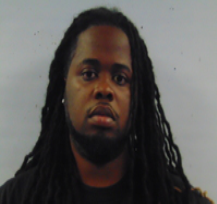 On August 30, 2017, St. Helena Parish Sheriff’s Office responded to 208 Pistol Womack Lane regarding a shooting. Upon arriving to the scene, officer noticed a silver sedan that appeared to have bullet holes on the outside of the vehicle and a deceased woman in the passenger seat. The deceased victim was later identified as Angelica Leray who was determined to be six months pregnant.

According to witness testimony, Angelica Leray was leaving work at Hatfields Grocery when Delvecio Torrence picked her up from her shift. Torrence testified that he noticed suspicious activity, including being followed by an unlicensed, unlit silver car. The unusual activity observed by Torrence raised concern causing him to drive immediately home. As Torrence turned on to Pistol Womack Lane, the suspicious vehicle pulled up beside Torrence and began to shoot at the vehicle causing the death of Leray and her unborn child. Torrence sustained a gunshot wound to his lower left abdomen. Torrence was transported to the St. Helena Parish Hospital to seek medical treatment. After being questioned by authorities, Torrence named Williams as the suspect. The autopsy confirmed Leray’s cause of death was due to three gunshot wounds sustained to the left side of the body, including the upper back, lower chest, and thigh.

The jury of six women and six men deliberated for approximately three hours before returning unanimous verdicts on all counts. The case was prosecuted by Assistant District Attorney Taylor Anthony. Anthony stated, “Justice does not always mean that someone must spend the rest of their life in jail, but in this case, it does. Dana Williams committed one of the most heinous acts a man can commit when he fired a barrage of gunshots into a car, killing his ex-girlfriend and their unborn child, and shooting another innocent man in his stomach. I appreciate the jury’s verdict in this case as it sends a clear message to the community that this behavior will not be tolerated. I pray that the family and friends of Ms. Angelica Leray can find peace knowing that the man who took her life will now spend the rest of his behind prison walls.”

Dana Williams is scheduled for sentencing on December 10, 2021 at 9:00 AM in front of the Honorable Judge Charlotte Foster.